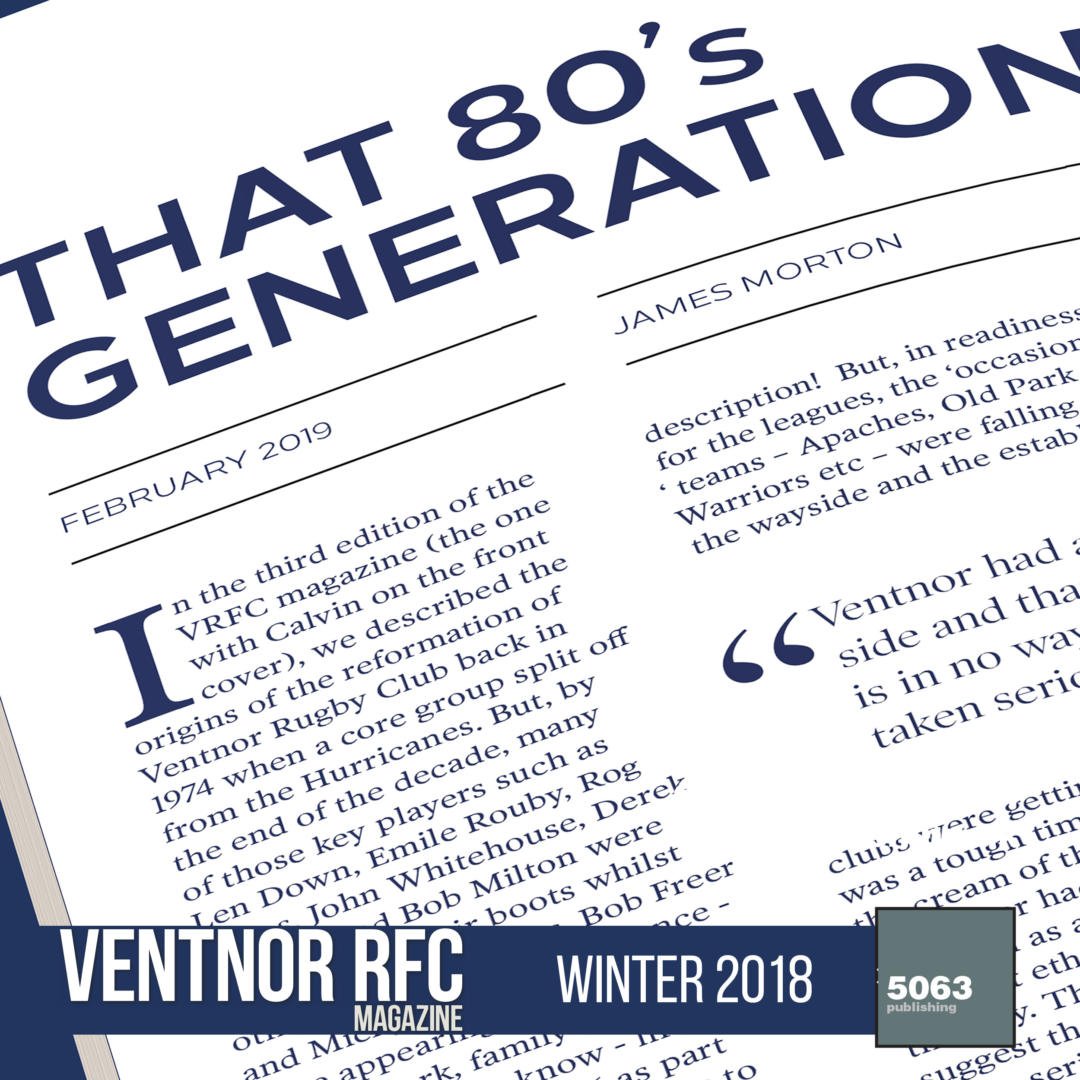 ‘In the third edition of the VRFC magazine (the one with Calvin on the front cover), we described the origins of the reformation of Ventnor Rugby Club back in 1974 when a core group split off from the Hurricanes. But, by the end of the decade, many of those key players such as Len Down, Emile Rouby, Rog Evans, John Whitehouse, Derek Harvey and Bob Milton were hanging up their boots whilst others – Neil Holness, Bob Freer and Micky Buttle for instance – were appearing less frequently due to work, family and other pressures (you know – life!).

I had joined in ’76 as part of Dave Sedgewick’s drive to put a second team together but few of us had really pushed on and those who did, such as Paul Barker, Jeff Hose, Nigel Clemens and Steve Turnbull didn’t stay for long as their careers outside rugby evolved.

Remember, this was still in the era before leagues, so all games were classed as ‘friendlies’ – although many very definitely did not warrant that description! But, in readiness for the leagues, the ‘occasional ‘ teams – Apaches, Old Park Warriors etc – were falling by the wayside and the established clubs were getting stronger. It was a tough time to be losing the cream of the crop.’

Read the full 32 page article, with memories from the 80’s teams in the Ventnor RFC Magazine Winter 2018 edition, published March 2019.

below is of everyone gathered outside the clubhouse. There’s a tasty team in that lot! Great day. 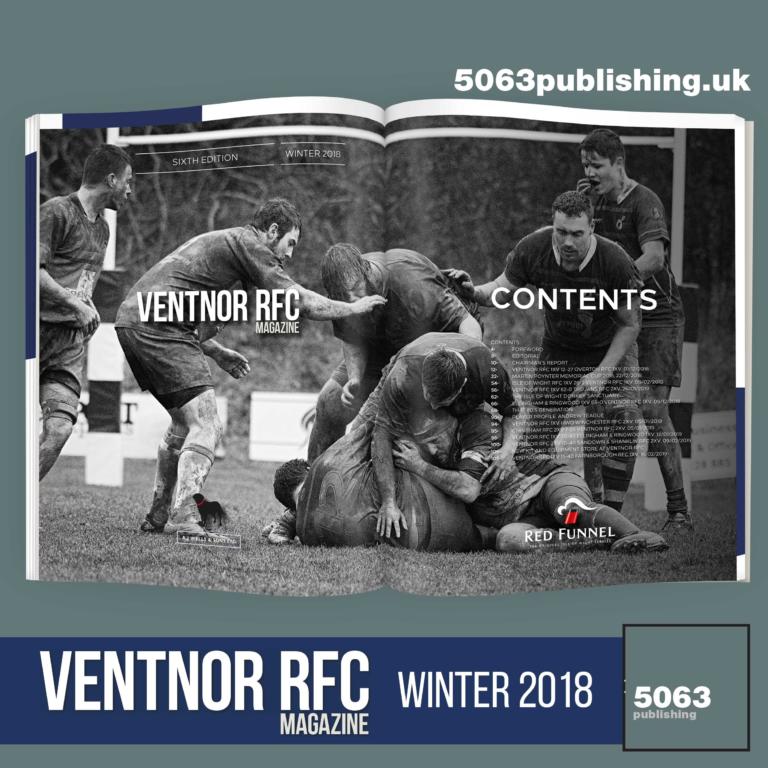 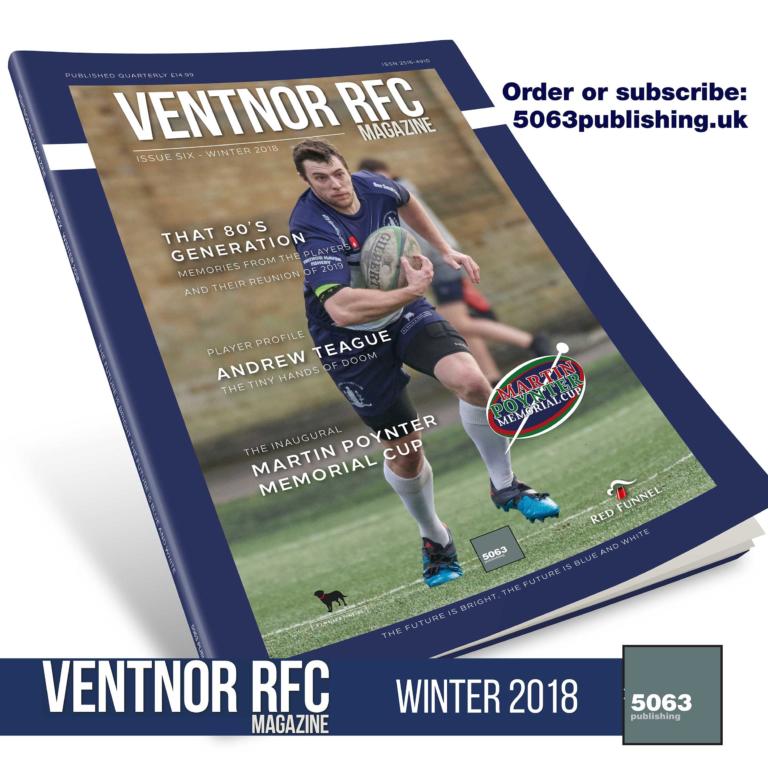 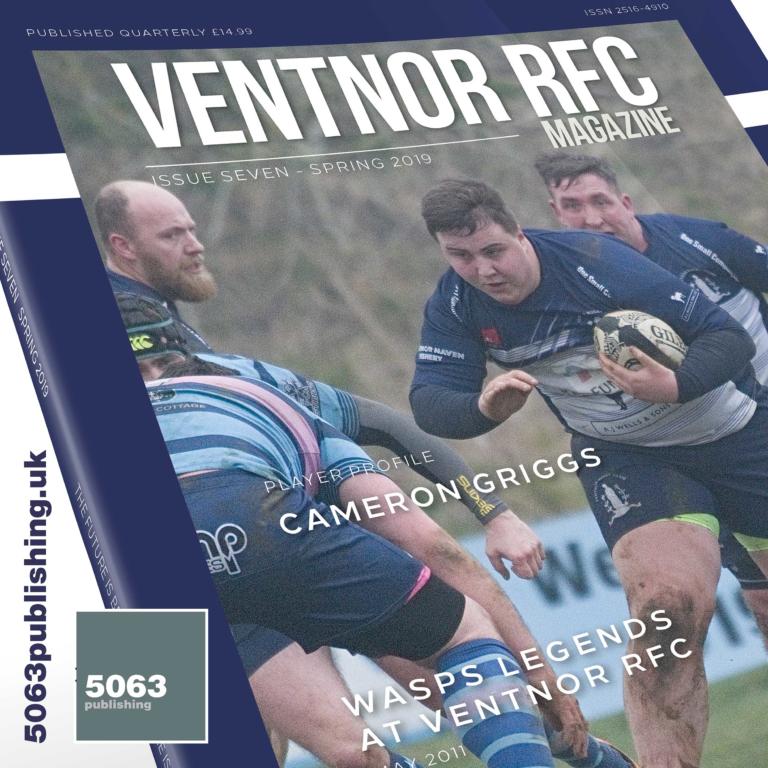 Whilst we wait for the Winter 2018 edition to be delivered from the printer, we are starting work on the seventh edition – Spring 2019 edition, which is likely to be 140 pages. It includes the player profile of Cameron Griggs (as featured on the front cover), plus ‘Wasps Legends at Ventnor RFC, May 2011’…

No products in the basket.